So many of my friends have met the love of their life via online dating. (Shout-out to the bestie, who just got engaged!) I’d sort of watched from the sidelines, vicariously learning their lessons (always meet sooner than later, rule #1), and I even tried my hand at it for a bit (I think I had one date in that entire trial). So I really wasn’t prepared for 2017, when suddenly there was this influx of interest in my online profiles.

One weekend I heard from 20 or so guys. That was more than I’d heard from in three years prior.

I quit counting eventually, but I would guess I heard from about 2500 men in the last year, which absolutely boggles my mind.

Oh, and I’m still single. So there’s that.

I have stories to tell and some of them are WILD, so buckle up, peeps!

To give you a small taste, here’s a list of 10 people I never expected to match with online:

Let me know: which of these makes you most curious?

Oof! What a week!

I’ve been dreaming of Salt Novel after receiving my most recent editorial letter. The tiny break from it was so healthy. I am looking at it with new eyes and far more ready to “kill me darlings.”

Sleep doc again tomorrow. I am still figuring out the CPAP machine. When it’s good, it’s very good. Most nights, it’s a struggle.

I am oddly excited to write in detail about my onkine dating experience. I think it might be funny and cathartic. Stay tuned. Right here.

I have been sick but managed to take my favorite six-year-old birthday shopping today. Build a Bear is terrifying.

That’s all. For now.

1. What book gets you out of a reading slump?

2. What year was your worst? Your best?

3. Do you have any favorite names?

4. What comedian captures your sense of humor best?

1. The Piper’s Son by Melina Marchetta

5. I’m asking you because I need ideas tonight.

So, you’ve sent out your query letters, signed with a literary agent, and secured a book deal. Your dream is in writing, in the language of a contract. Now what?

I swear HarperCollins purchased my book based on its potential. My editor’s first request was to rewrite the entire ending, beef up a handful of characters, and completely change the chronology of the book. In six weeks. 🙂

Up till this point in my life, I’d had two critique relationship experiences: in college, where if my professor suggested something, it was in my best interest to make those changes; and with my writing group of peers, where I collected ideas and feedback, but it was fully my decision whether to implement them or not. Working with my editor at HarperCollins was different– she was not my professor, though she did have more experience with writing and with story than I did; and she was not my peer, though she treated me with respect and genuine warmth. It was just a new scenario. We were partners in this project, and I had no idea what that was supposed to look like.

Ultimately, I learned to try everything she suggested. Usually I ended up loving it. If I didn’t, I would talk to her about why it wasn’t working, and we’d scrap it. There were very few things that we completely disagreed on, and in those 2-3 things, she let me win.

The anxiety that followed my book deal was so intense and unexpected and alarming that I ended up back in therapy.

And so it goes.

I’m often asked how much influence I had on the cover of my novel. I had always heard that an author had zero input— but that wasn’t quite true in my experience.

First, I was asked for my thoughts:

We will fill out a form to share with our designers—who work serious magic and make the best looking books in the industry—but we want your thoughts, too. What sort of design or image do you picture for your cover? Photographic or iconic? Is there anything you absolutely don’t want? Are there other books whose covers you admire? As much info you can give us will help us—and the designers—create the perfect look for TRUEST.

I was later shown eight choices and asked for my opinion again. They ended up going with my second choice (although by the end it was my absolute #1 favorite!), and let my thoughts guide multiple changes.

To see the detailed evolution of my book cover, click here.

A couple months after my publication day, I made some notes about what I learned:

I will never regret having a huge launch party on the day my book came out! It was so much fun and so special to have people I love from so many parts of my life come together to celebrate my book … and to celebrate me. I had heard from so many writers that their launch day was “just another day,” and I wanted so much more than that: a celebratory climax to the day I’d been counting down from for nearly two years (or my entire life, depending on how you look at it). YES to release day parties.

The Magic of Kind Words

It’s hard to explain just how special it is to hear words of praise about your book. In the midst of fear and reviews and silence, sweet words at the exact right moments are each like a miniature rescue.To hear that you’ve made someone rethink things or that your book changed their life or became a new favorite or that they connected with a character or that it gave them hope during a particularly hard experience … it makes it all worthwhile. Please tell authors when you love their work. It’s like fuel, an instant battery-charge, strength to continue. I have an Instagram comment that has taken up permanent residence in my heart, ringing like a little bell.

You get back to work.

This is the writing life.

Did you miss the other parts in this series on writing? 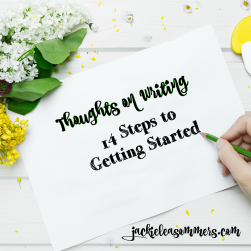 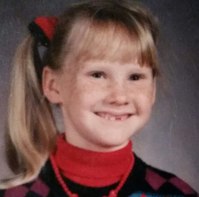 Wow, I wish this article had been available to me back in 1997.

What Every OCD Sufferer Should Know About Vows and Promises: http://ow.ly/CguX30hM2wK 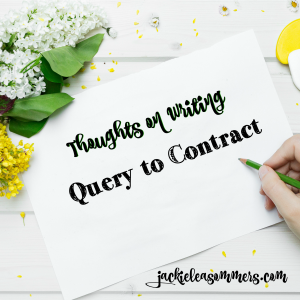 In part two of my Thoughts on Writing series, I wanted to share with you the details around getting a book deal.

As a young writer, I thought it went something like write a manuscript –> mail it to publishers –> if someone liked it, they would make it into a book. Voila!

Querying
Very, very few publishers accept unsolicited manuscripts, and you’re told the way to get your story in front of an editor is via a literary agent, who will serve as a liaison between you and the publisher. So you begin your research, looking for agents who represent the kind of book you’ve written and whose brief wishlist on their website makes you think they might connect with your story. You start to think weird thoughts, like maybe you’re making a real connection with someone’s … online profile. Like maybe the matrix is glitching on you as you read this one because this is the one. You make a list of 100 agents, telling yourself that if all 100 say no, then this book is simply not ready for publication.

Meanwhile, you write a query letter, trying to be both professional and creative as you summarize your entire book into one paragraph, then into one sentence. You run hooks past all your friends to see which ones grab them, and it’s really impossible to tell because these same friends are so intimately acquainted with your story already that they are not at all objective.

(I’ve written in extreme detail about querying over here.)

On Submission
You start sending out the query letters– almost entirely via email, though every agent wants something different: query and synopsis and the first ten pages. Or query and chapter summary and the first three chapters. Or query alone, and you hope that one-page letter can find its feet.

It’s an emotional roller coaster. Some are interested, some are not. Some are silent and you won’t hear back from them until six months after your book has been published. Some ask for more chapters. Some ask for the whole manuscript. Some politely say no.

But someone says yes.

You sign with that agent, and– guess what– you get to keep your seat on that emotional roller coaster while your agent pitches your manuscript to editors. Rejection is likely, and you knew that, but that doesn’t mean it doesn’t still sting.

But then, one magical day, you get a call from your agent saying an editor loved it and has made an offer.

Everything feels surreal. You stand on the veranda outside of your office and call your dad and say, “I got a book deal.”

Contract
The contract comes later, so much later than you’d have guessed. It takes four months before you sign it, and even though you’ve already started on revisions with your editor, inking your signature onto those papers makes everything seem real. Maybe up till now you thought this was a trick or that you’d say something annoying and they’d call it all off.

Now it’s binding. You breathe a sigh of relief.

So many of my blog readers are anonymous.  I know you’re out there, friends!  Would you humor me and leave a comment?  It will only take you a minute, and it would delight this poor old writer who has the winter blues and whose manuscript is going to be the death of her.

Here’s what I want to know:

This is NOT an ad.

I don’t have much money, and I don’t have much time, but one thing I love to do is browse online, especially Sephora and Poshmark. I love looking at makeup (especially lip products) and jewelry (especially necklaces), and– even though this might feel so shallow– I wanted to share that joy with you. 🙂

Hands-down, my favorite lip product is the shade Dolly in Buxom’s full-on lip polish (with shimmer) or full-on lip cream (only shine). It’s subtle but pretty, and it makes your lips cool and moisturized without feeling sticky. I love it.

And then, of course, there’s Poshmark.

Poshmark is like eBay for outfits. I mostly look at the jewelry, but I love pretending to be a stylist and pulling together an entire outfit, like so:

Your favorite pair of jeans + a few gold bangle bracelets +

Of course, that doesn’t factor in shipping costs, which are not fun, especially when you have to pay separate sellers (although most sellers will give you a deal if you “bundle”/buy multiple items from them at once).

And I’m not even going to buy these items anyway.

Questions for you:
What are your indulgences?
Have you ever used Poshmark?
Would you buy any of these items?
Is this blog post so lame?