All In Your Head from John Spottswood Moore on Vimeo.

The video has less hyperbole than you’d imagine.  It is not that far-fetched for an OC to see a coin and think of the end of the world.  OCD logic travels very quickly to extremes.

Best (or Worst!!) Ever Similes and Metaphors
(as taken from high school English papers)

1. Her face was a perfect oval, like a circle that had its two sides gently compressed by a Thigh Master.

2. His thoughts tumbled in his head, making and breaking alliances like underpants in a dryer without Cling Free.

4. She grew on him like she was a colony of E. coli and he was room-temperature Canadian beef.

5. She had a deep, throaty, genuine laugh, like that sound a dog makes just before it throws up.

7. He was as tall as a six-foot-three-inch tree.

8. The revelation that his marriage of 30 years had disintegrated because of his wife’s infidelity came as a rude shock, like a surcharge at a formerly surcharge-free ATM.

9. The little boat gently drifted across the pond exactly the way a bowling ball wouldn’t.

11. From the attic came an unearthly howl. The whole scene had an eerie, surreal quality, like when you’re on vacation in another city and Jeopardy comes on at 7:00 p.m. instead of 7:30.

12. Her hair glistened in the rain like a nose hair after a sneeze.

13. The hailstones leaped from the pavement, just like maggots when you fry them in hot grease.

14. Long separated by cruel fate, the star-crossed lovers raced across the grassy field toward each other like two freight trains, one having left Cleveland at 6:36 p.m. traveling at 55 mph, the other from Topeka at 4:19 p.m., at a speed of 35 mph.

15. They lived in a typical suburban neighborhood with picket fences that resembled Nancy Kerrigan’s teeth.

17. He fell for her like his heart was a mob informant and she was the East River.

18. Even in his last years, Grandpappy had a mind like a steel trap, only one that had been left out so long, it had rusted shut.

21. The young fighter had a hungry look, the kind you get from not eating for a while.

22. He was as lame as a duck. Not the metaphorical lame duck, either, but a real duck that was actually lame. Maybe from stepping on a land mine or something.

23. The ballerina rose gracefully en pointe and extended one slender leg behind her, like a dog at a fire hydrant.

24. It was an American tradition, like fathers chasing kids around with power tools.

25. He was deeply in love. When she spoke, he thought he heard bells, as if she were a garbage truck backing up.

26. Her eyes were like limpid pools, only they had forgotten to put in any pH cleanser.

27. She walked into my office like a centipede with 98 missing legs.

28. It hurt the way your tongue hurts after you accidentally staple it to the wall.

I think my favorites are the two hummingbirds who had also never met and also the 6-foot-3-inch tree.  What are your favorites?  Better yet, leave a comment with your own terrible metaphor!

“Be patient toward all that is unsolved in your heart and try to love the questions themselves, like locked rooms and like books that are now written in a very foreign tongue. Do not now seek the answers, which cannot be given you because you would not be able to live them. And the point is, to live everything. Live the questions now. Perhaps you will then gradually, without noticing it, live along some distant day into the answer.”
Rainer Maria Rilke

OCD in a nutshell: Life holds uncertainty, and obsessive-compulsives can’t stand that.

The natural desire of an OC is to erase uncertainty, but that is an impossible feat.

Instead, cognitive-behavioral therapy teaches an OC to be okay with uncertainty.

And trust me, life is so much better this way.

Billy Collins is my favorite poet (and I was lucky enough/blessed enough to meet him in the fall of 2010!).  He is absolutely hilarious and a brilliant writer, both of which I would love to be.

Carve out fifteen minutes of your day to click this link here and view his TED talk and see five of his poems masterfully animated.  I promise you it will be worthwhile. 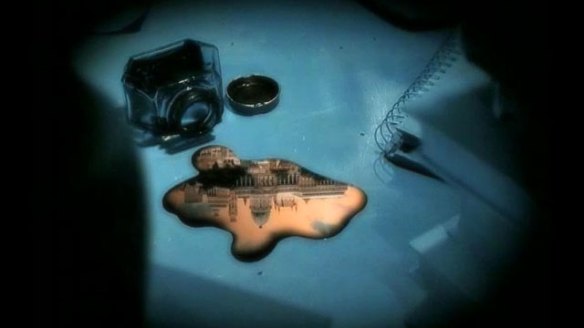 Martin Kittsteiner, a German toymaker, has created a line of stuffed toys that each have their own disease and symptoms, “and comes with a medical history, referral letter and treatment plan.”  He hopes the toys will help families with children suffering from mental illnesses.

This is Kroko, who suffers from paranoid psychosis:

Go to his website to see the others, including a severely depressed turtle.

I wish Kittsteiner had a cuddly obsessive-compulsive toy.  What do you think it should be?

My past roommate Becky said she has been reading my blog and is so happy to see that I’m doing better.  She told me, “When we were living together, you were really deep into it.”  It’s true.  The years that I lived with Becky and Tricia (or rather, Biz and Trix) were some of the darkest, most OCD-saturated years of my life.  I am so grateful that God gave those two to me to take care of me in those days when I could not take care of myself.

“Have you had supper?” Tricia would ask.

“Not yet,” I’d respond.  Then I’d begin to consider the whole enterprise.  It exhausted me to ponder opening a loaf of bread, untwisting the twist-tie, pulling out two slices of bread, locating a clean knife, finding a jar of peanut butter, and—it collapsed me—spreading the peanut butter over the bread.  That didn’t even take into account finding a paper plate to put the sandwich on, or cleaning up afterward.  I’d go sit on the couch, my heart racing, a heaviness in my chest.

“Want to make mac and cheese?” she’d ask, browsing through the cupboard’s offerings.

I breathed in and then exhaled deeply.  Macaroni and cheese was so involved—butter and a saucepan and boiling water, milk and cheese mix, and so many dirty dishes.

“I don’t think I’m gonna eat anything,” I peeped from the living room, hoping she would let it go.  I closed my eyes and willed myself to relax.  You’re not going to make anything, I told myself.  You don’t have to do anything.  Just rest.

“Are you okay?” she asked, poking her head around the corner and seeing me collapsed on the couch.

She walked over to where I was lying and stood, towering above me, with a frown on her face.  “What is wrong now?”

She rolled her eyes.  “Relax.  I’ll take care of supper.”

This became something of a routine.  When Tricia and Becky had evening plans, I either didn’t eat, or I tore open a granola bar—something simple.  I lost about ten or fifteen pounds at this time, but I hardly noticed.  But it was an arduous time; I was very dependent and needy, but I was very well cared for.

Thank you, Bizzers and Trix. 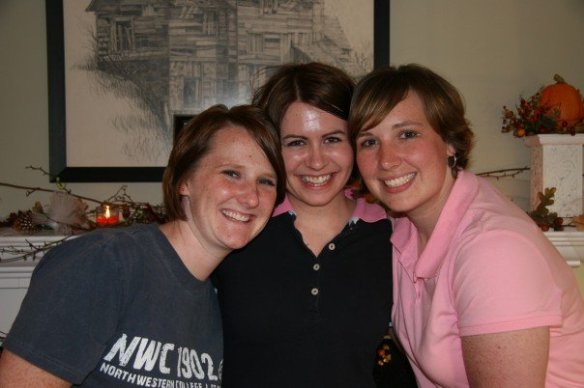 My talk therapist Linda was this kind, gentle, aunt-like sweetheart who loved Jesus and would speak truth over me and pray for me.  I absolutely adored her.

But I was not getting better.

I decided to try out cognitive-behavioral therapy instead.

For those of you who don’t know, this was like stepping from a sweet-smelling meadow into a desolate hell.

My cognitive-behavioral therapist Chris was tough, straightforward, insistent, and unmoved.  And he asked me to do what I thought was essentially impossible.  Idetestedhim.

But this time, I got better.

A year and a half later, I would finally send a thank-you email to Chris Donahue, who had made my life miserable for twelve weeks but to whom I am eternally grateful.  God used him and his no-nonsense ways to unlock my prison.

Now, I am not anti-talk therapy, but I am very pro-CBT.  My feelings in this matter can be summed up best by the title of an Elvis song: “A Little Less Conversation, A Little More Action Please.” 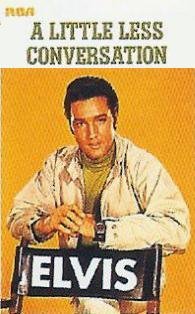 If you suffer from OCD, listen to me: get yourself to a cognitive-behavioral therapist.  Aside from the mighty hand of God, CBT is your quickest ticket to freedom.

Media usually presents obsessive-compulsives with very obvious compulsions: hand-washing is a favorite but also extreme organization and hoarding, as well as checking and counting.  But not all compulsions are so easy to see.

In fact, some compulsions are so difficult to recognize that it lead to a misnomer– Pure Obsessional OCD.  The name Pure-O leads some to believe that this type of OCD can essentially drop the “C” from its acronym.  But that would be a mistake.

Pure-O’s still have compulsions– they are just harder for the public to notice.  They include mental rituations like repetition, avoidance, and seeking reassurance.

For example:
I would have an intrusive, blasphemous thought– which would cause me to question my salvation.  I would repeat a particular prayer over and over in my head to ward off this thought, and I would ask everyone if they thought I was going to go to hell (sometimes this would be active– “Do you think I’m going to hell?”– and sometimes passive, as in “I’m scared I’m going to go to hell” and waiting for that person to reassure me … “Why would you think that?!  No way!”).  I would also avoid certain things (Matthew 12 and Mark 3, for example, or movies with profanity, which would trigger my blasphemous thoughts).

Sometimes it was hard to really focus on a conversation I was having because there was another entire conversation happening in my head at the same time.  It’s like listening to two tracks at once.

I wrote a poem to demonstrate it:

So … yeah.  There are compulsions you would never know are there, except for the strange look in my eyes, the odd shake of my head as if I were erasing something dark and secret.

I know I blog a lot about how much I love to write, but hand-in-hand with that is my love for reading.  My reading feeds my writing.

What I have read and enjoyed recently:
The Sky is Everywhere by Jandy Nelson
Jellicoe Road by Melina Marchetta
The Fault in our Stars by John Green
My entire Billy Collins collection of poetry (I literally re-read through 7-8 Collins books in 3 days)

What I am reading and enjoying now:
The Last Battle by C.S. Lewis (I have probably read this book around 75 times; it’s my favorite, and I re-read favorites the way I eat chocolate.)
Sophie’s World by Jostein Gaarder
Froi of the Exiles by Melina Marchetta
World War Z by Max Brooks
Desiring God by John Piper
Her Fearful Symmetry by Audrey Niffenegger

I buy books faster than I can read them– and I read fast!  But reading fuels my energy to write, and I find myself returning to my laptop, eager to build my own worlds.

After we watched the Blue Like Jazz screening, my former writing professor Judy and I went to the St. Clair Broiler for some late-night breakfast and conversation.

A few things you should know about Judy: she is brilliant, a gifted writer and teacher, and she loves Jesus very much and connects with him in lovely and unique ways like Taizé and lectio divina.

That’s what I want to do– celebrate my brokenness.  I am not ashamed of my obsessive-compulsive disorder.  The Lord’s power is perfected in my weakness.  His grace is sufficient.

“Therefore I will boast all the more gladly of my weaknesses, so that the power of Christ may rest upon me” (2 Corinthians 12:9b).