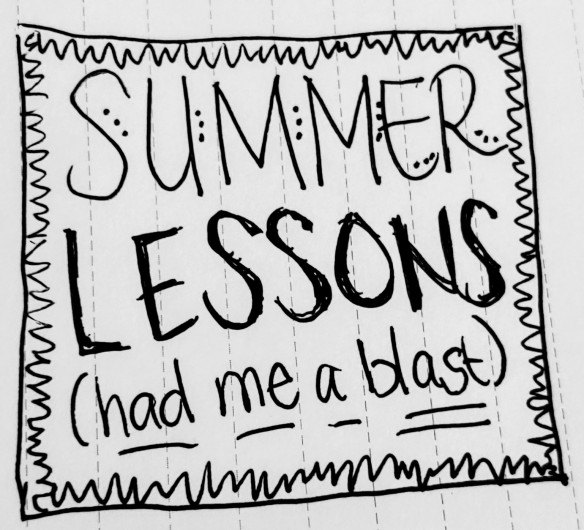 Summer 2019 has been a crash-course in Life. Here’s some of what I’m learning:

I can be my own mentor.
I read the book The Hero is You by Kendra Levin, which tackles the writer life through the lens of the Hero’s Journey. While I do have writing mentors and coaches in my life, this book encouraged me to be my own mentor. So I created a syllabus for a 21-week “course” that takes my current draft to the next draft by Christmas. I gave myself reading assignments and very short assignments (thanks, Anne Lamott!). So far, so good! I have spent more time in this last week working on my manuscript than I have in the last year, no joke. 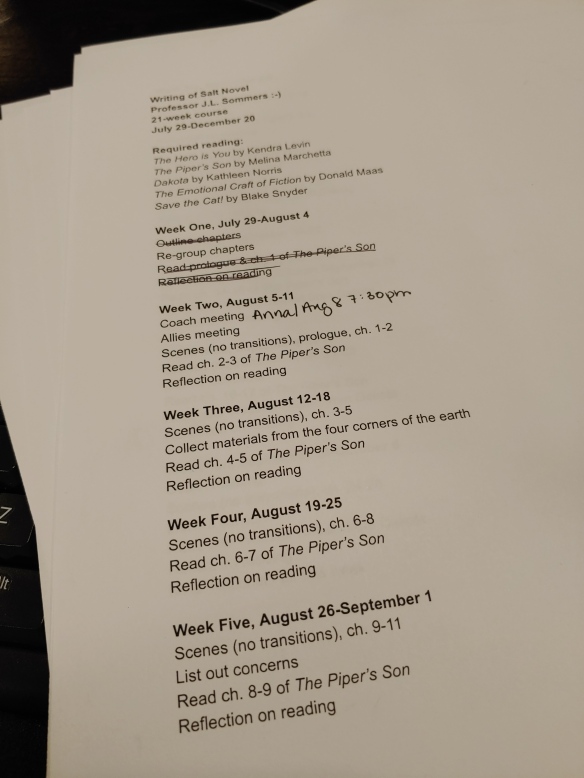 Courage over comfort.
I purchased a card deck of prompts that push you out of your comfort zone. The idea is to push your boundaries and become more comfortable with being uncomfortable. I just started this– one thing a week– but it’s been interesting so far. I have made plans to visit a landmark an hour away (this will double as writing research!), asked friends to name my strengths, and today I sent five celebrities messages on Twitter. Of course, my celebrities are all people in the book world. One tweeted me back already!

Saying no to shame.
It’s been easier than I thought. I made an actual, conscious decision to quit using shaming language with myself, choose courage and confidence, practice radical acceptance, and– when needed– fake it till I make it. It has been SO FREEING. I don’t do this perfectly, obviously, but wow, has it revealed how much time and emotional energy I spent on shredding myself. Instead, I’ve been following people on Instagram like @huntermcgrady and @drjoshuawolrich. 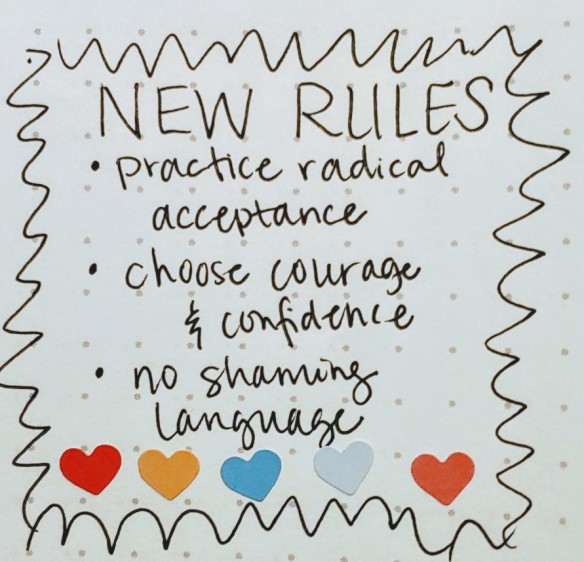 Grieving a past identity.
I’m in the middle of this one, even after nearly two years of working on my health and energy levels. I’m taking a free online course about Navigating Grief with Humor, and it’s been fascinating and sad and good. In learning about William Worden’s four “tasks” of grief, the one that hit home the most was the fourth: “Help one find a way to maintain a bond with the deceased while reinvesting in one’s own life.” So, for me, my question is how can I honor my former self while also moving forward with my new self? I’m going to try writing a letter to 2012-2013 Jackie, who was at the peak of productivity.

The next right thing.
It helped to read The Next Right Thing by Emily P. Freeman, who also talked about making life decisions in the wake of life changes. I listened to the book on audio, answering Freeman’s questions aloud. Have you taken on a new role at work? “Yes.” Have an injury or illness reduced your abilities or energy? “Yes!” Have you had construction or work in your life that has brought strangers into your home? “YES!” It was good to realize that this summer has actually been intense and full of change AND that I’ve experienced growth in spite of it all.

Interviewing the Shadow.
This was another exercise from The Hero is You. The Shadow represents big, world-shaking people or events that, in this context, stop us from writing. I’m not talking about mere distractions here– lack of focus, household chores. The Shadow is big. It puts everything on hold. It makes us question our identity. The book had me identify my Shadow and then interview it– “What was Jackie’s life like before you came into it? Why did you want to keep Jackie from writing?”– and guess what? I found out that my Shadow was not even anti-Jackie or anti-writing. My Shadow was just anxious and stressed and sad and unsure. In the midst of my own crisis, I could not look beyond myself. But when I finally sat down opposite the Shadow, there was so much insecurity in the Shadow itself that I felt like I was able to feel empathy instead of fear.

Enneagram & Goals
So, the first half of the year, my goals were as such: healthy body, healthy heart, writing & wonder, finances, and investing in others. As I’ve been learning more and more about the Enneagram and my type (I’m a 4!), I switched them around a little bit. Since 4s are motivated by meaning and significance, I made a subtle adjustment. Three main goals– meaningful creativity, meaningful relationships, meaningful growth– and two sub-goals that support them– finances for meaning, health for meaning. It’s a small shift on paper, but a big one in my head.