I posted something about Harry Potter on my Facebook page recently, and a Christian friend of mine made a comment about how she was against witchcraft, just as the Bible insists.

I’ll be clear: if something is invoking evil and Satan, I’m against that too.

But to me, the magic of Harry Potter, Mary Poppins, The Wizard of Oz, etc., is not the same thing as what the Bible is describing as witchcraft.  Who knows.  Maybe I’m wrong.  It wouldn’t be the first time.

I said to my friend: “In Narnia, both the good side and bad side use magic.  Just like in Star Wars and many others.”

She asked if I was saying there is a “good” magic and a “bad” magic.

My response? “Of course there is a good magic– Christ’s miracles!  What else would you call them?”

Am I way off?  I think the amazing, supernatural, miraculous works of God could be described as “good magic.”

I don’t know how to explain it, so I’ll call upon J.R.R. Tolkien’s words in his essay “On Fairy Stories”:

The Gospels contain a fairystory, or a story of a larger kind which embraces all the essence of fairy-stories. They contain many marvels—peculiarly artistic, beautiful, and moving: “mythical” in their perfect, selfcontained significance; and among the marvels is the greatest and most complete conceivable eucatastrophe. 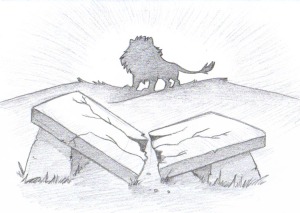