The Casual Vacancy by J.K. Rowling |We’re not in Hogwarts anymore, Toto.  This is Rowling’s first book after the Harry Potter series, and it is absolutely nothing like them, which I’m sure was her point.  I mean, how do you compete with one of the most popular children’s series ever?  You avoid the competition and write an adult novel instead, I guess.  The Casual Vacancy was hard for me to get into at first– I felt that Rowling was trying to shock me just because she could.  Also, I couldn’t tell what the story was about for quite a while.  It is a book about smalltown politics– both literal politics and also the inner workings of a town that is all interconnected and where people often say and do things that are different from what they think or believe.  The book is very well-written, but very raw, real, gritty, and sad.  Very, very sad.  While I will re-read the Potter series for the rest of my life, I think one time through of this book will be enough for me, period.

Map of Time by Felix J. Palma | I had heard this book likened to The Night Circus by Erin Morgenstern, one of my favorite books I read this whole year.  But it just wasn’t true, and I’m not sure at all where the comparison came from.  Map of Time started off fascinating– telling the story of a man in love with one of the Whitechapel prostitutes in the time of Jack the Ripper.  (I have researched Jack the Ripper in both high school and college, so this was particularly interesting to me to hear about the incidents from the other angle!)  The premise seemed interesting, and I was starting to care about the characters … and then suddenly, I felt duped and we were onto the second story of three in the book, and the person I thought had been the protagonist had to climb down off the stage.  It was just such a strange format, and it didn’t work for me.  In the end, the book was too shallow for me, and I never felt like I really got to know the characters.  Palma tries to trick his readers multiple times throughout the book, and I’m not sure how I feel about that.  In most books, I am thrilled when I discover a twist, but Palma’s just disappointed me.

Gorgon in the Gully by Melina Marchetta | As I just posted recently, I think everyone should read Marchetta’s books.  Unlike her usual writing for teens, this book is for younger readers.  It still appealed to me because 1) Everything she writes is marvelous and 2) It is about Danny, the younger brother of Jonah Griggs (of Jellicoe Road).  It is a delightful little story about pulling together a group of friends from various groups.  I think it would be the perfect read for a middle schooler!  It inspired me to re-read

Jellicoe Road by Melina Marchetta | Masterful.  Just masterful.  And so absolutely original.  A book centered around the territory wars between the boarding school kids, the town kids, and the cadets in the visiting military school– but really, that’s just the venue for the story.  The real story is one of love and friendship and generations.  This is such an incredible book, and I can’t recommend it highly enough.  If you read it, you will fall in love.

The Five Dysfunctions of a Team by Patrick Lencioni | So, this is obviously not the usual type of book I review on my blog, but it was quite fascinating.  It is a “leadership fable” about a team that needs to work together better and how the CEO makes it happen.  I read it in two days!  The majority of the book is a story about this fictional company/team, but then the last part of the book goes into non-fiction details of how to put this into effect at your workplace.

The Chronicles of Narnia by C.S. Lewis | Yes, the whole series.  Yes, again.  Yes, just as incredible as the last time through.

The Sky is Everywhere by Jandy Nelson | This was only my second time reading this story, and somehow I forgot how magnificent it was.  The writing is absolutely stunning, which is not surprising, since the author has two MFAs– one in poetry and one in writing for children and young adults.  It is the story of Lenny Walker, whose older sister/best friend Bailey died suddenly about a month before the book starts.  She is trying to navigate her grief all while falling in love for the first time, and it is just so good and sad and good.  If you have a sister, you’ll probably shed a couple tears.  This book will break your heart.

Reached by Ally Condie | The third book of the Matched series, and again … my opinion is still out.  I liked Matched but was not very into Crossed.  We’ll see if Reached can win me back!

I did just get Finnikin of the Rock by Melina Marchetta on audiobook, and I am so pumped to listen/re-read that one!!  I have so many books that I want to read, and I just keep amassing books (I just bought a new bookcase that is back in my apartment waiting to be assembled after my writing retreat) and am not able to get through them as fast as I’d like (especially since I spend a lot of time re-reading favorites, which I know some people can’t understand).  I guess that’s the problem when you love reading but you LOVE writing.

Questions for today: what are you reading right now?  Do you like to re-read?  If you’re a writer, do you, like me, find a hard time balancing reading and writing? 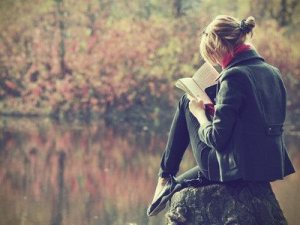