Neal Shusterman is a genius.

There are four books in the Unwind dystology– the fourth and final installment is scheduled to be released fall 2014.

My question: how in the world am I gonna wait that long???

These are books that make you think.  They take place in the future, years after the Heartland War (between the Pro-Life and Pro-Choice movements).  The agreement that everyone has come to is this: abortion is illegal, but when your child is a teenager, you can choose to have him/her “unwound”– that is, every part of their body will be used for organ donation.  This is not seen as the equivalent of killing a teen because all of their parts are still technically alive; instead, they are “living in the divided state.”

There’s so much to think about– and so many wonderful characters, the three primary characters being Connor, a would-be Unwind on the run; Risa, a state ward being unwound due to budget cuts; and Lev, a “tithe,” the tenth child of his religious family, who has been raised his whole life to believe that his unwinding will be a gift back to God. 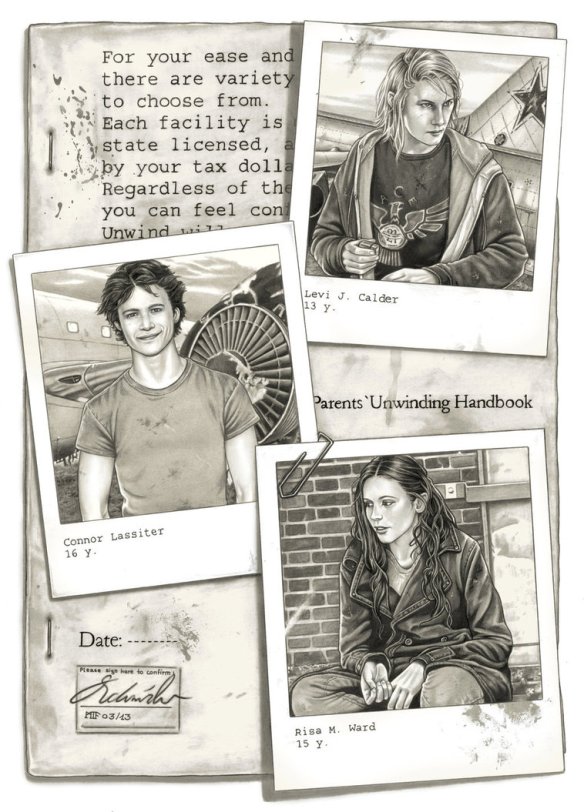 Split Up by MiaSteingraeber on deviantArt

Other series I love:
The Lumatere Chronicles
Chaos Walking Trilogy
The Chronicles of Narnia

I wish I could express how much it means to me to have a beautiful bedroom sanctuary.
Humility is a hard, meaningful side effect of my chronic fatigue.
I'm reading @maggiesmithpoet's Keep Moving, and this page made me stop and think hard.
Tomorrow I turn 40, and as a gift to myself, I spend this time remembering all of my victories and growth over the previous year.
A little fuzzy, but I'm proud of this flower arrangement I made for @sommers_kristin for Christmas! Her home (esp her kitchen) is full of copper accents. ❤️
My vacation has been resting, reading, and goal-setting. I love the start of a new year, the symbolic setting-aside of last year, the sense of a clean slate and new ambitions.