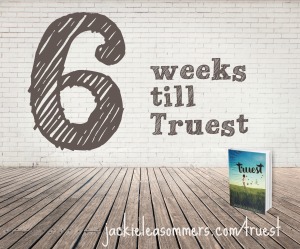 My story takes place in the fictional town of Green Lake, Minnesota– based off of my own hometown of Kimball, Minnesota, pop. 700. Take this quiz and find out which of my characters would be your Green Lake BFF.

(I tried my darnedest to embed this sucker, but in the end, it’s going to take you temporarily to another site. Then come back and post your results, okay? I wanna know!) 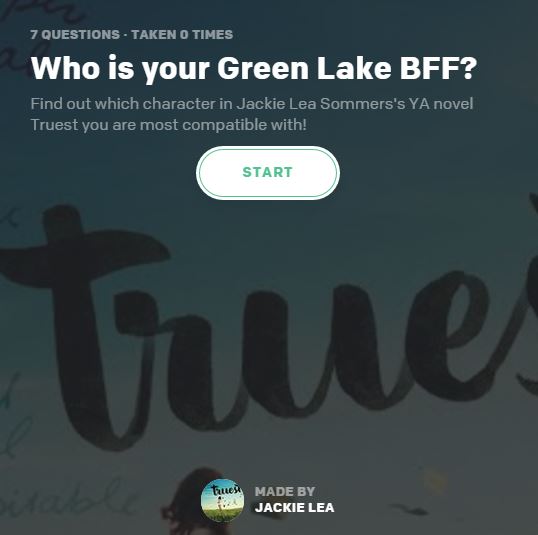 Learn more about Truest and pre-order your copy at jackieleasommers.com/truest. 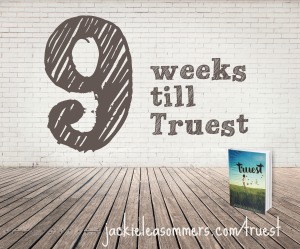 To celebrate nine weeks until Truest is released, today I’m sharing nine things you probably didn’t know about my novel!

2. The towns in Truest are named after a few favorite writers of mine.

3. Alex and Adam Germaine are reminiscent (to me) of Alec and Alonzo from Anne of the Island, she of Green Gables fame.

5. Although West’s and Laurel’s names were set from the beginning, Silas was very nearly named Henry.

6. The first draft took me six months to write and was virtually conflict-free and without an ending. I had a long way to go.

7. I started working on the second draft during a writing retreat in Duluth. I’d end up returning to that condo for the second-to-last and last drafts as well. (And then again twice for the first draft of my next novel. I think I’ve found my sweet spot.)

8. Truest is dedicated to four of my favorite children as well as my friends Cindy and Kristin. Kristin solved two of my biggest problems in the writing of the book, and Cindy read uncountable drafts and dialogued with me any time I needed. Truest as it is now would not have come about without them.

9. Öster means “east”– as in, the opposite of west. You’ll understand when you read it.

Find out more about Truest and pre-order your copy at jackieleasommers.com/truest! 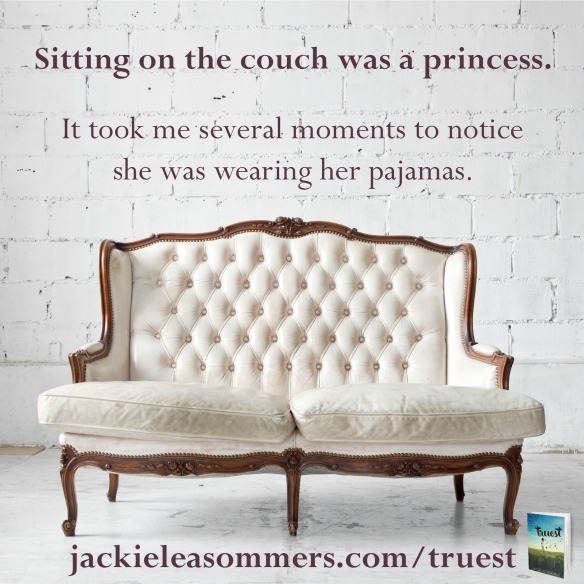