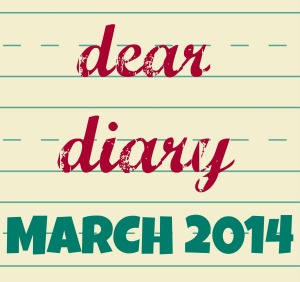 March. A month and a command.  MARCH, JACKIE, MARCH!

To be honest, I feel like I spent all of March as a total recluse, ferreted away in my apartment, creating a little cave in the center of my couch.  I was, of course, working on revisions to Truest.  I felt so overwhelmed that most nights I sent myself an email into the future as a way to mentally reach out to a time when my stress level was lower. Let me tell you, I LOVE futureme.org.

My editor was hoping for revisions in six weeks, and I felt confident I could do it, even though I had no idea how.  I kept telling myself that if I just SHOWED UP TO WRITE over and over and over again … then eventually the work would get done.

As an example of how FutureMe works, I sent this email on February 18th and received it on March 19th:

Dear FutureMe,
You woke up at noon. Now its two and you’re lying down for a nap.

Please have a lot done on the novel. Please. Say you have shown up for the last month. Please. Today you feel so … As if the project looms too large. Overwhelmed. But you have learned to eat an elephant one bite at a time.

And that’s exactly what I did. I showed up over and over and over with a spoon to take another bite of elephant, and I finished my revisions a day ahead of schedule.  It was utterly exhausting (I don’t think I can even begin to explain to you just how much– although, as an example, I spent one day writing and then was sick the following day, spending nearly all of it sleeping), but I love the changes to my story– I hope my editor does too!

I didn’t get to hang out with many people simply because I had NO TIME, but I did find a chance to see Eir, Ashley, Desiree, and Elyse in an attempt to stay sane.

Desiree and I also went to a Miranda Sings concert.  She is a comedian we enjoy, and the show was super funny! It always feels good to take advantage of the Twin Cities’ offerings.

I had a week where I worked in the evenings (yuck!), attending college fairs and helping with an on-campus event where I helped promote the Northwestern English department. 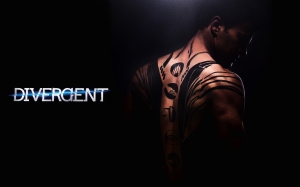 Then, after I turned in my revised manuscript, I ventured back out into the world of social interaction and went to see Divergent in the theater with Eir, Ash, Des, Amanda, and Tim.  It was DELICIOUS and stressful and intense and well-done and THEO JAMES IS SO GORGEOUS I WONDER IF HE IS REALLY HUMAN.

You can read my praises for the book here.

Then, of course, off to DC for a few days!  It was so utterly lovely to spend some time with my beloved friend Cindy, though I admit I’m glad to be back in Minnesota now as– even in four days– I got homesick.

March was overwhelming, and I am sooooooo excited for APRIL!