It’s so much easier for me to write about a hard experience after I’ve “conquered” it. I can come to this space and talk all I want about OCD because I’ve had ten years of freedom from and victory over it. It’s exponentially harder to talk about current struggles because there’s no distance from them. It’s not looking back on that time you were in quicksand and boasting how your quick thinking and hard work got you out of the mess. It’s being in the actual quicksand. It’s being up to your chin in the quagmire, having no assurance that you will survive.

Last week, my therapist asked me how I felt around my writing career, and something like a dam broke in me, and the words and tears and shame wouldn’t stop.

I usually use the word fear, but there was no confusing my rush of emotions: fear and sadness and stress may have been in the parade, but shame was the grand marshal.

It felt amazing to talk about it and awful too, and even as it was all spilling out of me, I knew that I needed to write about it on my blog. Not because I’ve found any victory, but because healing for me has almost always come about via vulnerability.

And that’s when the panic came. I was very familiar with anxiety after a lifetime of dealing with OCD, but this was so different. The stress was high, there were deadlines, I wasn’t always on the same page with the revisions expected of me. I battled through it though, and I published a book that I’m still so damn proud of. September 1st, 2015, was like this incredible dream: a hardcover with my name on it, all my friends celebrating with me.

It was only three weeks later that I had one of the hardest and worst conversations of my life– one of the major distributors had not placed a large order for the book, and it was unlikely that sales would be able to make up for it. My book was only three weeks old, and I was being told it was essentially dead in the water. Get ’em with the next book.

Don’t get me wrong: there were so many amazing things that have come from publishing Truest. I’ve heard from the most incredible readers, people whose encouragement will live with me for the rest of my life (shout-out to Kristen!); I’ve met authors, some of my favorites (talking about you, Huntley!); I’ve been able to talk about creativity and mental illness and freedom and stories all over. I have loved connecting with readers, with young writers, with the English majors at my university. I have contributed to discussions and given advice, and I’ve taught classes and workshops and so, so, so many amazing things.

I have so much shame around it all.

Like I’m some sort of fraud because the book was never a bestseller. When my friends tell others “she’s an author!” I feel like such a fake. My awareness of my (beautiful, beloved) book’s short reach stings. I let the panic and anxiety and stress get to me. I let myself get ill from it all. I couldn’t get on the same page as the editor I was working with and suggested that we go our separate ways. I can’t seem to follow my own advice and get my butt in the seat and hands on the keyboard. My body went into revolt and it’s been hard and scary to even open my manuscript.

Theoretically I understand that this is not failure. I published a book. Not that many people read it. I will write another and see what happens. Health problems have slowed it all down, but nothing has yet made me STOP. That’s not failure.

But it sure feels like it sometimes. A lot of the times.

Even though I’m no longer under a deadline or signed to a contract, my body seems to not have gotten the memo. It still reacts like I’m under all this pressure. I’ve been told the body keeps the score, and that’s proving very true in my life.

My therapist asked what more positive way I could frame this. I said, “I am at the beginning of a long writing career that got off to a rough start, but someday I will tell stories about these days and encourage other writers.”

I hope that’s true. I want it to be true.

Lately, the desire to write has become more insistent. I want to tell stories. I want to create worlds. I open my manuscript and tiptoe into it for a few pages. I know my characters have important things to say.

I’m still in the quicksand, trying to get on top of the shame and fear and stress. They are like ghosts from a different season, but ghosts can still drown you.

One day at a time. Today I’m tackling the shame head-on by sharing about it. Thank you for listening. 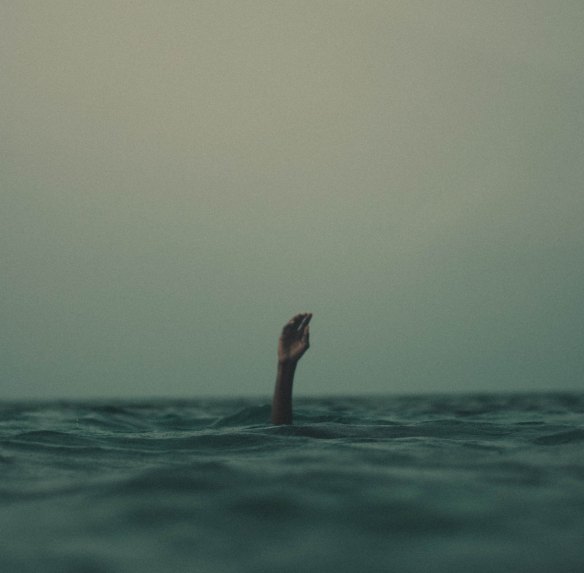 4 thoughts on “The Shame That Drowns, an Honest Post”