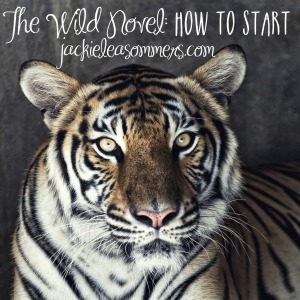 “You talk a lot about writing and editing your novels,” blog readers tell me, “but what I want to know is how you start.”

I’ve attempted to address this in past posts, such as:

Fiction: How I Start
The Beginnings of a Book
Idea Factory
First Draft Manifesto

But perhaps I’m not being explicit enough.

Allow me to tell you how I started writing Mill City Heroes.

I love using FutureMe.org. It’s a site where I can send an email to myself in the future, forget about it, and then a month or a year or five years later, it shows up in my inbox. For me, it’s enjoyable on the front and back end. I often send emails to the future when the present is particularly stressful; it’s a way to reach out and touch a time when life will perhaps be more manageable. On the flip side, the emails are fun to receive: to compare the past and the present, to relish in the twists and turns that life presents me, to marvel in how much I was able to accomplish since the email was written, they’re a joy.

On their website, you can read other people’s anonymous letters to the future. I wondered what it would be like if someone were to read one of those emails and, say, fall in love with the anonymous writer and try to track him or her down. Would it be possible?

I’m a YA author, so I try to translate the idea for teens: what if high school sophomores sent themselves such emails and then they were delivered before high school graduation? What if a senior fell in love with the author of one of those emails and tried to locate the person in her school?

But novels need characters. So I start looking for mine: names and faces. I use Pinterest, Tumblr, We Heart It, etc. and peruse faces till one stands out to me. Same thing with names.

I’d been saving this picture for maybe a year or so, and I knew it was time to finally write about her.

I chose a name for her. Rowen. I like names that are unique without being ridiculous.

I started to craft an identity for her: What was her personality like? What were her hobbies? Who was in her family? I did the same for her best friend.

Then I started to write.

Some authors plot everything out, figure out what is going to happen to whom when and where, but I am not that author. I step into the battle with an idea in my left hand and characters in my right. They are my only weapons, but they are well-chosen.

When I’m in first draft mode, I’m completely submersed in the world I’m creating. Everything I do, hear, say prompts me to think of my characters. I get upset while I drive and think, “Does Rowen have road rage?” My co-worker tells a joke, and I think, “How could I modify that for my story?” I check out a ton of books from the library about the subjects my characters are interested in, and everything I read makes me think of potential scenes and conflicts. And when I read fiction that touches me or makes me pause, I think, “How did the author make that happen? How can I do the same thing with my own spin on it?”

It’s a pretty crazy place to be. I love it and hate it. Sometimes both in the same day.

Everything is tentative at first. In fact, I thought I was going to tell Rowen’s story and wanted to tell it third-person omniscient (only to push myself since Truest is written in first person), but as I began to write, I realized that it was really more of her best friend Asa’s story and (for now, at least) I am writing from his point of view.

I’m in the middle of it right now, and it’s messy work. It’s hard and scary and takes so, so, so much faith, so many prayers. I merely feel charged with telling Asa and Rowen’s story to the best of my ability, to tell as much truth as I can. I trust (some days better than others) that themes will emerge and that I’ll learn lessons right alongside Rowen and Asa. I tell myself that I don’t have to know the ending or “the point” going into the novel, but that writing it will be a work of faith toward learning those things. As I said, it’s terrifying … and thrilling too. It’s trusting that if I sit down at my laptop over and over and over and over and over again, meaning and purpose and beauty and magic will emerge. A lot of faith. A lot at stake. A lot of reward too, if I can keep my head down and my heart open.

So, that’s maybe the best I can do at telling you how to start a novel. I should also mention that there’s a lot of research, a lot of pushing the random button on Wikipedia, and a lot of conversations with willing friends (or not-so-willing victims) as I push toward creating something wild and beautiful.

And that’s the thing: to me, a novel is so, so wild. It’s untamed and demands everything. Which is why it’s probably silly that I even attempt to write blog posts about how to approach it. How do you approach a tiger?

However the tiger demands.

2 thoughts on “The Wild Novel: How to Start”