It’s been about five years now since I underwent the Exposure and Response Prevention therapy that changed my whole life, and those five years have been amazing: I have so much freedom, so much joy.

But 20 years in slavery to OCD does leave behind some residue, and I’m only now beginning to recognize those areas of my life where that’s true.

One thing that I’m sure most OCD sufferers will understand is the obsessive thought that things will never be okay again, which sometimes has a tail of until I do X on it, so often resulting in a compulsion. It’s actually kind of hard to explain this feeling to someone who doesn’t have OCD because it’s difficult to express how in that moment, you can sometimes see no way out. The fear is crippling, the anxiety so intense that we shatter beneath it and either cave in to a compulsion to temporarily alleviate the ugliness of that moment or else fall into a stupor of depression.

Things will always be like this.
I will never feel comfortable again.
I’m going to always think of X now when Y happens.

It’s such a black and white way to look at things– and so terribly short-sighted! If we can learn to push through the discomfort without performing a compulsion, we are legitimately shocked on the other side when that “truth” we so adamantly believed 24 hours ago is no longer true.

Even though OCD is no longer my master, there is fallout from years stacked upon years of thinking this way.

Just the other week when I was writing in Duluth, I saw myself play through this entire scenario. I got frustrated with a scene I was trying to re-write, and I decided, I absolutely cannot do this; I will never be able to do this right. Then I succumbed to compulsive behavior (all without realizing it!) by emailing my editor and asking for more details. The next morning, I had an email from her: “Let’s talk this morning. We can find a solution. You should be comfortable and happy with what you write.”

And so we sent back and forth a few emails, and things were better.  You know, those same things that would never be better. Yeah, those ones.

All this panic that I have been experiencing is because I feel like control is being taken away from me. What does a person with OCD hate the most? Uncertainty.

So, while in some ways this anxiety that I’ve been experiencing is quite different from my OCD (in fact, I would go so far as to say that it is not OCD; it does feel different), I guess I’d have to classify it as a repercussion or consequence of years of obsessive-compulsive thinking and behavior.

Now that I have recognized that, I am hopeful that I will be more mindful of that thinking. I want to be able to say to myself that my reaction is programmed behavior from years of reacting thus, and that– just like so many things connected to OCD– it too is a lie.

For (lots!) more about OCD and ERP, go to jackieleasommers.com/OCD. 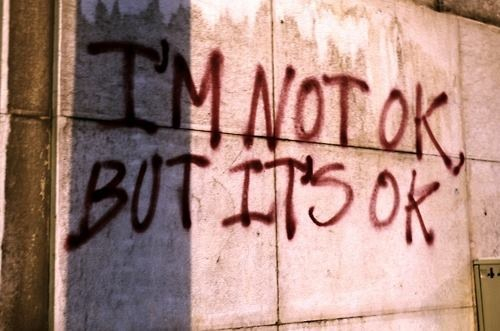